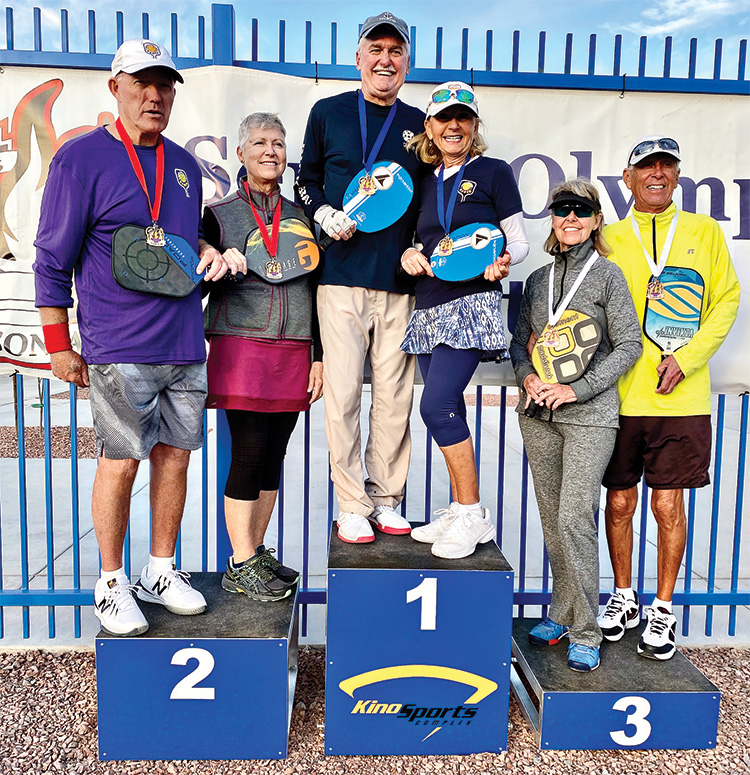 SaddleBrooke Ranch Pickleball Club sent 41 players down the road to participate in this tournament at the end of January.

And SBR came away with 20 medals—a fantastic achievement!