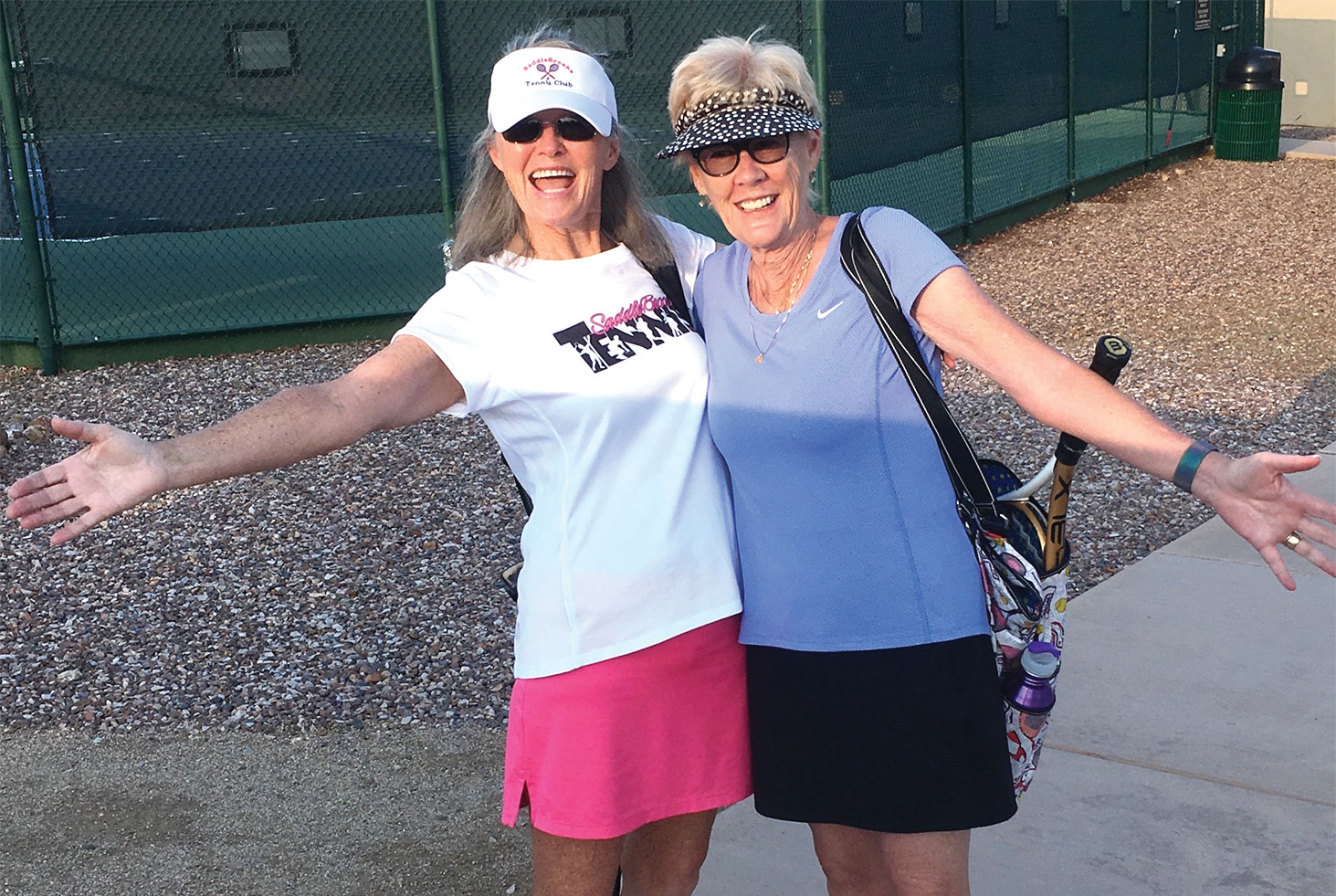 The SaddleBrooke Ranch Tennis Association hosted a Men’s and Women’s Doubles tennis tournament with the SaddleBrooke Tennis Club on August 1 and 2. There were six men’s teams and five women’s teams playing from each community. The matches consisted of two sets plus a ten-point tie break where warranted.

The matches were held at the SaddleBrooke Ranch tennis courts. Four matches started at 7:00 a.m. with the remaining matches starting at 9:00 a.m. each day. The hot weather came in early and proved to be taxing on several players.

SaddleBrooke prevailed as the tournament victor as the men took three of the six matches and the women won four of the five matches. Congratulations to the SaddleBrooke Tennis Club players!

We hope to make this a regular event during the cooler months, rotating play between the two locations.

A big thanks to Terry and Anita Zimmerman and Pro Chris Madsen for setting this up!