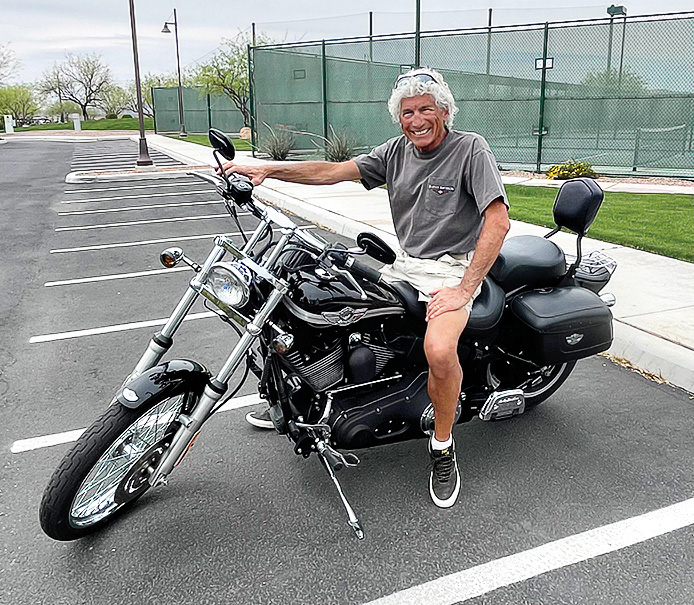 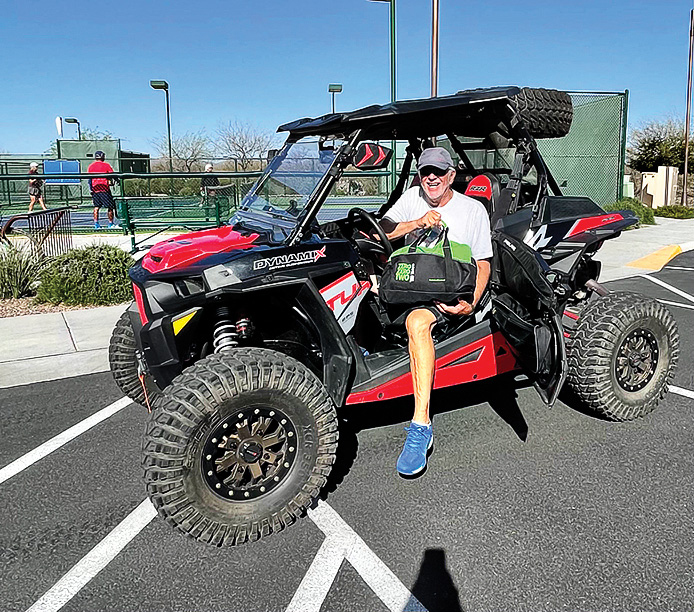 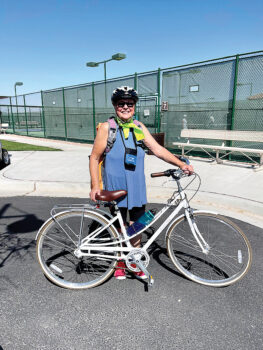 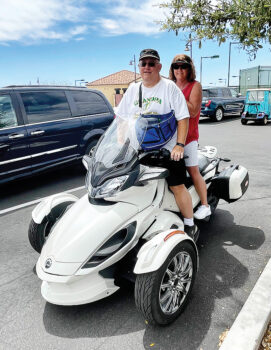 The SaddleBrooke Ranch pickleball players arrive at the pickleball court in a variety of ways! Robert Rizk drives his 2003 Harley-Davidson Night Train, while Victor Nordstrom drives his 2013 Can-Am Spider, and on this day, picks up his pickleball partner, Vicki Froistad. Tom Merrick has been seen driving his 2018 Polaris RZR 1000. Steve Bellinger arrives on his 2016 Vespa 300GTS. Raynelle Duhl gets a little extra exercise by riding her bicycle to the courts, but most players drive their golf carts. Any way you can get to the courts is great, as long as you get there to play pickleball and have fun! Pickleball is now the most popular club at SaddleBrooke Ranch.