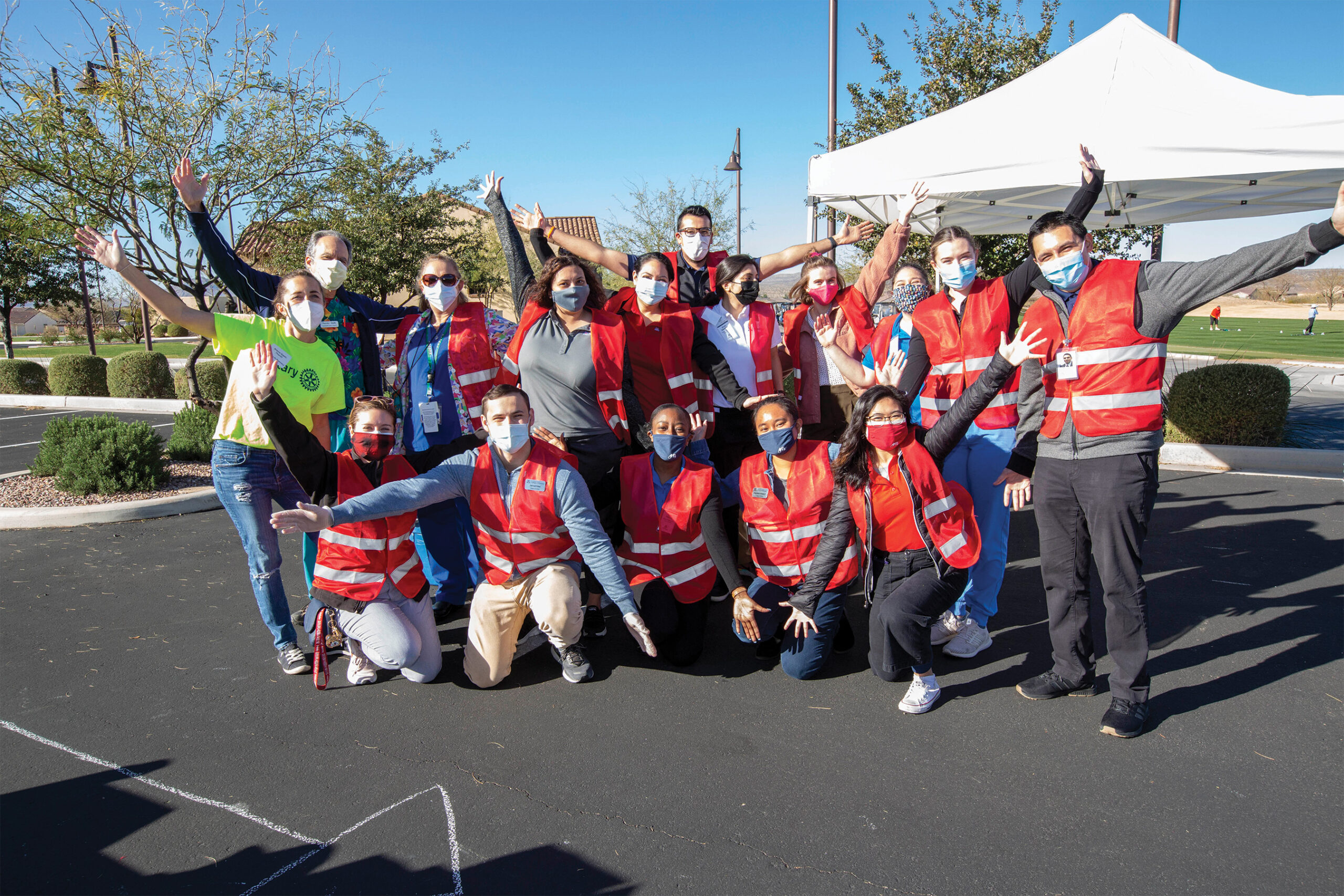 Many of us received our vaccine right here in the convenience of the Ranch or seen others lined up to do so. As of February 16, a total of 1,275 vaccinations had been given with 290 receiving their second dose and 695 scheduled to receive their second dose early in March. There are two remarkable women that set the ball in motion to make that happen, and we owe a huge debt of thanks to both!

Brianne Spaeth is the pharmacist owner of Desert Life Pharmacy in SaddleBrooke. Brianne had previously worked as the lead pharmacist at Walgreens Rancho Vistoso, but she tired of corporate life and wanted a closer customer relationship. She opened her own Desert Life Pharmacy in the SaddleBrooke Mini-mart area a bit over a year ago. A SaddleBrooke volunteer group asked Brianne if she would submit a request to the county to be a registered provider for a vaccine drive at SaddleBrooke. Brianne agreed and initially the group’s plan was to include SaddleBrooke Ranch also, but those plans changed and the Ranch was excluded.

As people at the Ranch learned of this, some asked the General Manager, Andrea Marchus, if the HOA could organize a drive for our community. Andrea contacted Linda Shannon-Hills as the head of our community’s Neighbors Helping Neighbors task force. Linda has been instrumental in organizing other community events and has organized the monthly welcome neighbor meetings/Zoom calls for new residents for some eight years now.

Linda is assisted with the Neighbors Helping Neighbors task force by four other leads: Wanda Bailey, Linda Harvey, Kim Schweitzer, and Bonnie Richter. When she got the call she immediately responded, “Yes, we can do that.” But after the call she sat back and thought, “Oh Boy, how are we going to DO THIS?”

Linda called her leads, told them about the task at hand and the need to meet immediately to figure out all the tasks necessary to make the vaccine drive happen. Linda set up a special email to take reservations. By 7 p.m. the first day, the email had 925 registrations.

As the project developed, the group found that they had many tasks to make the drive work. In SaddleBrooke, they have a paid volunteer to help with much of this; here at the Ranch it is all volunteer.

Brianne Spaeth at Desert Life Pharmacy organized all the vaccines and supplies sent by the county for the drive. She had contacts at University of Arizona to get Pharmacy students to administer the shots and registered medical personnel to get the vaccine drawn into the syringes for that day’s drive.

In getting ready for the event, Linda and some of her team were invited to go down to Tucson Medical Center (TMC) to observe how the drive was done there. The people at TMC were impressed by the grass roots efforts of our community. Linda said that so many in the community were very willing to step up and help.

“This project meant that we could save lives, and allow people to start living a normal life again,” Linda said.

It was truly meaningful work.