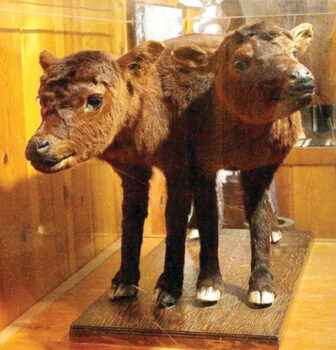 “On the road again–just can’t wait to get on the road again!” These Willie Nelson lyrics remind many residents of SaddleBrooke Ranch that their bucket list destinations are on hold. Despite COVID restrictions and closed attractions, homeowners in 16B decided to spice up their new year’s exercise resolutions by taking a virtual travel tour. On January 1, residents began logging their walking, jogging, biking, and even horseback riding miles launching their expedition to the strangest oddities in the United States. The miles logged were sent in to the Activities Committee, who then plotted the route of the residents’ accumulated miles taking everyone on a sightseeing trip across America. Often missed attractions, such as the Bolo Tie Museum, the largest fork in the United States, and Colorado’s Frozen Dead Guy were only a few of the humorous sites encountered.

Leaving SaddleBrooke Ranch, residents trekked northwest in search of Poki, the world’s largest desert tortoise. Next came the visit to the statue of Alabam, the Toilet Paper Hero of Hoover Dam – responsible for cleaning latrines while the dam was built. As we pulled into Cedar City, Nevada’s “Sticking It Up Quilt” store, the quilters of 16B expressed their delight. Heading into Colorado, we viewed the Alferd Packer Cannibal Massacre site—a “not to be missed” oddity. While there, residents learned many “meaty” details regarding Alferd’s 1874 murder and consumption of his friends. In Salina, Colo., we observed the amazing “Fur-Bearing Trout” created by Wilbur Foshay, former prisoner of Leavenworth, who was the town’s secretary for the Chamber of Commerce and legend maker. The viewing of these landmarks was rivalled only by the exquisite roadside cuisine along the journey.

Stopping at the Stanley Hotel, setting of the horror film “The Shining,” we visited infamous room 237 followed by a calming single malt in their whiskey bar lounge. Heading toward Wyoming, wanderers sampled a bowl of chili at the incomparable “Chugwater Chili Cook Off, Car Show, and Rodeo”—a triple score of entertainment. Forging northward, 16B Wanderers entered Billings, Mont., where breathtaking sights such as the giant 40-foot tall Muffler Man, and the two-headed cow astounded us.

Heading east, we wandered through the Dakotas, stopping briefly at Mount Rushmore then proceeded toward Kansas City, Missouri—home of the world acclaimed “Glore Psychiatric Museum.” Curious residents gawked at the tranquilizer chair, which submerged patients in icy water, and the lunatic box, a giant coffin used to “calm” its inmates. Our quest for the bizarre continues. Intrepid 16B wanderers have covered 4,436 miles since January and, in the words of poet Alfred Lord Tennyson, are determined “to strive, to seek, to find, and not to yield.” Remember, not all who wander are lost.