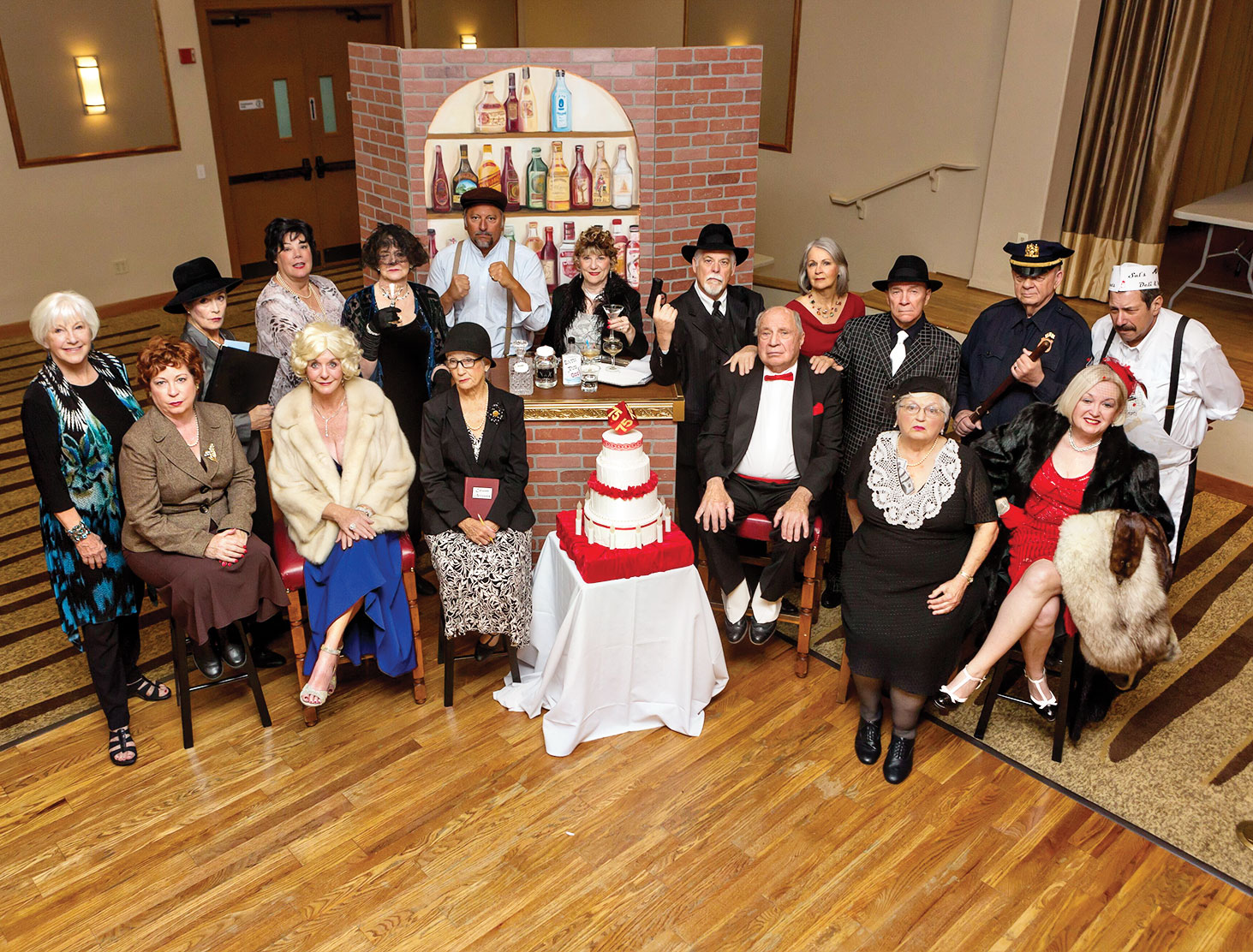 Did you guess who murdered the godfather and his daughter at CCP’s dinner theatre April 2018 show The Mafioso Murders? This second production of SaddleBrooke’s new theatre company, Community Circle Players, was a huge hit and lots of fun. Congrats to director Susan Sterling, assistant director Carol Merlini and producer Shawne Cryderman, plus the entire cast and crew.

To bring the show to life, CCP volunteers rehearsed, directed, set up props, created sets, procured costumes and staffed lights and sound. CCP spent over $5K for production and rehearsal costs for The Mafioso Murders. Profits from the performances provided enough money to spend on next year’s production as well as purchase much needed equipment, including the computer to run the light board.

SaddleBrooke’s huge audiences are already asking about next year. Both clubhouses have invited CCP back for 2019 for another dinner theatre show to be presented the week of March 17 at the Vistas Dining Room and in the MVCC Ballroom.

Stay tuned for more information and plan to come!