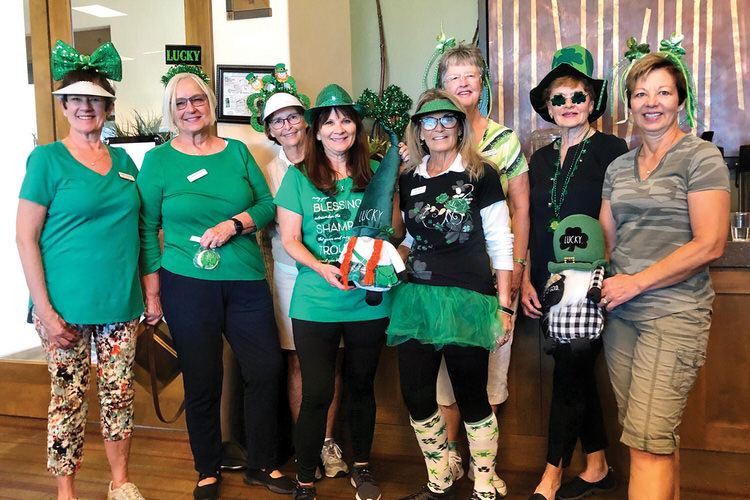 It was a “Top of the Morning” on March 16 as the Ranchette Putters gathered on the SaddleBrooke Ranch green. Leprechauns had arrived in the wee hours and placed shamrocks, beads, and streamers around the 18 holes. Wearing shades of the Emerald Isle, putters sparkled in their festive attire.

Everyone agreed that it was great fun being Irish for a day, even if the celebration was one day early. And that’s “No Blarney!”