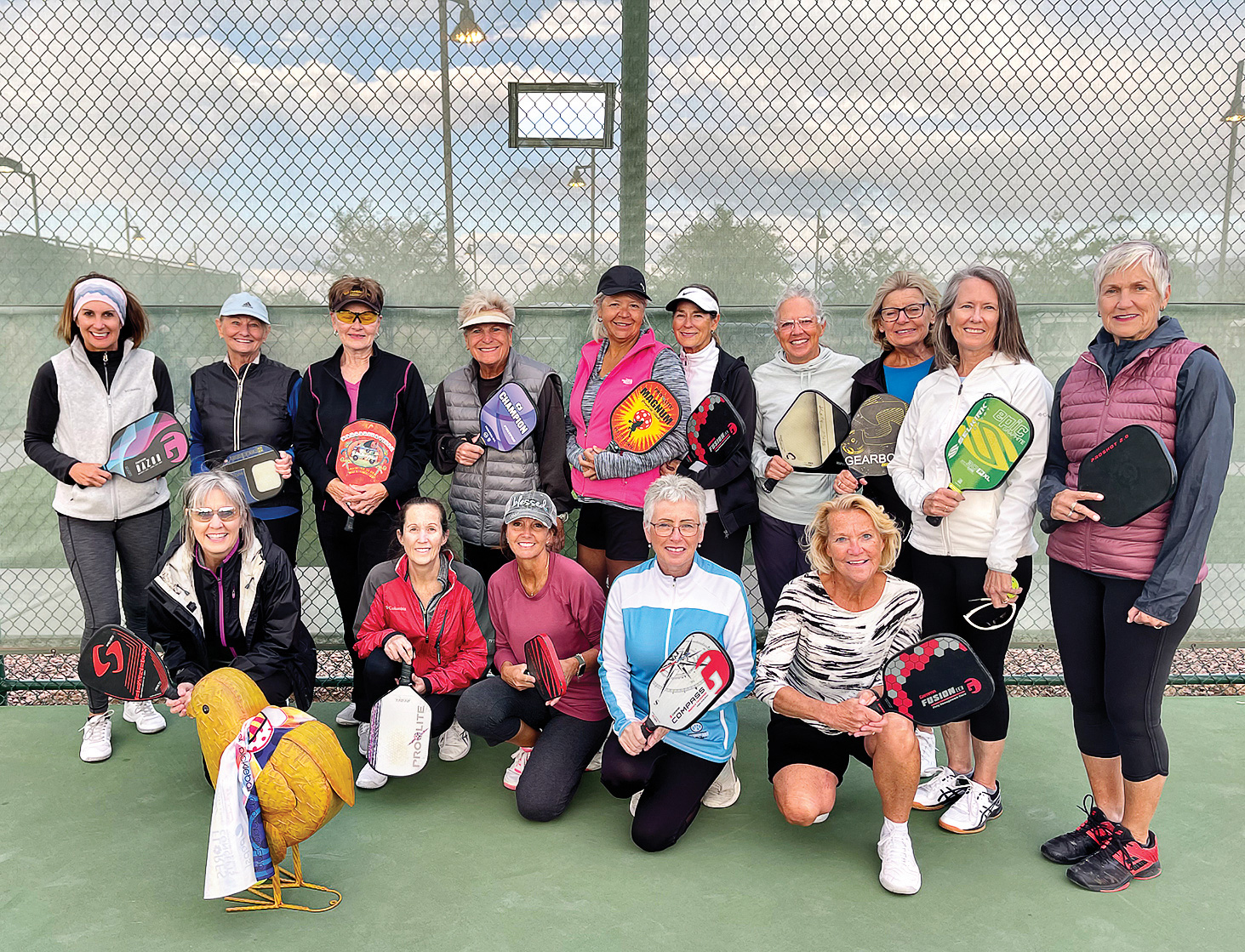 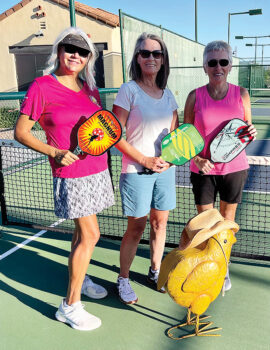 Who are the SBR Pickleball Association (SBRPA) Sunday Chicks, you ask? Well, every Sunday evening from 6 to 8 p.m. you can find a group of fun-loving women on the pickleball courts who call themselves the Sunday Chicks. This is no ordinary group of Ranch pickleball women players. First, you will hear music being played, all while they enjoy round robin play, with ladies typically rated 2.5–3.5. They play pickleball while singing along to the sound of Neil Diamond, the Beach Boys, or other favorite oldies. They have also been known to break out and dance a little on the courts.

In the spring of 2020, Sheila Davidson, Shelley Ziegler, Lani Warren, and Gayle Carter met to play pickleball. They called themselves the Sunday Chicks. Due to their outgoing personalities and their music, other ladies began joining the group. The foursome has now grown to more than 36 players! Once you play with these ladies you will not want to miss one of their weekly sessions!

Small metal yellow baby chicks can be seen in many of the Sunday Chick’s front yards, to proudly show they are members of this elite, fun-loving group.