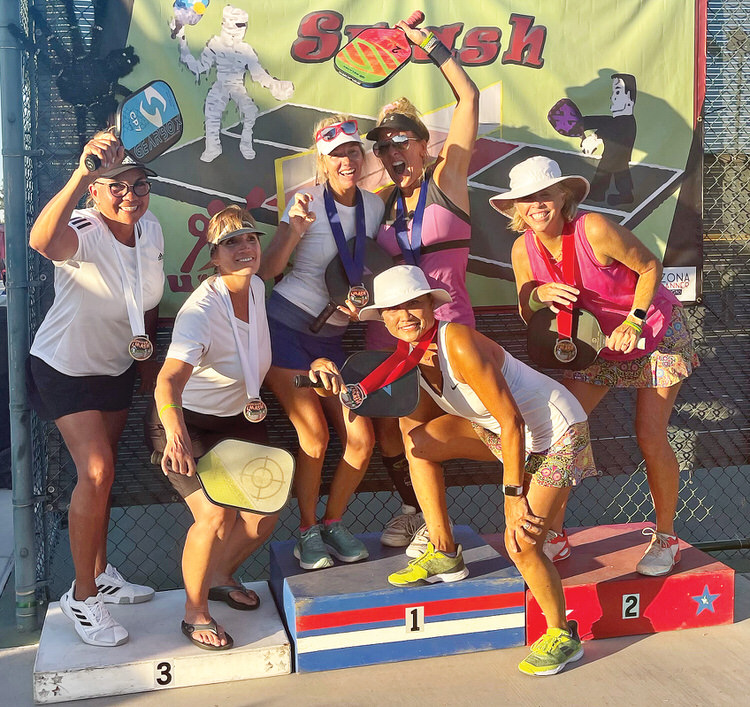 Tournament season is kicking off, and some members of the SaddleBrooke Ranch Pickleball Association have begun to participate in local tournaments. Rick Heine and his partner Linda Bruner played in the Pickleball Roundup Tournament in Sun City on Oct. 23 and won gold in the 4.0, 70+ mixed doubles. Mark Pohler and Linda Smith played in the Senior Round Robin Pickleball Tournament held at Tucson Racquet Club Oct. 23 and won gold in the 4.0, 60+ mixed doubles. Kristi Miller and Veronica Davis received a bronze medal at the Monster Smash Pickleball Tournament held Oct. 29 through Nov. 1 in Surprise, Ariz. They competed in the 4.0, 50+ women’s doubles.

Anna Ung, director of events, is an active tournament player and has been helpful to many members interested in participating in local tournaments. Anna can provide information on the different tournaments available, including sanctioned and unsanctioned tournaments. She can also educate you on the various websites members can use to research which tournaments they may want to participate in. Tournaments are fun, sociable events to meet other pickleball players and have a chance to showcase your skills. A gold medal could be in your future!