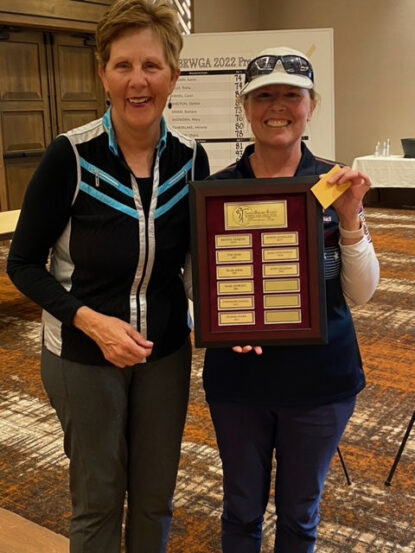 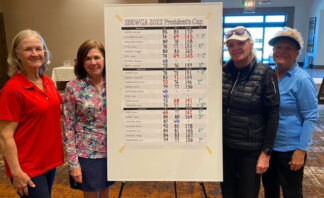 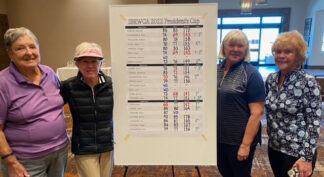 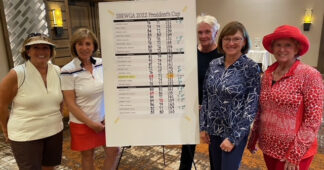 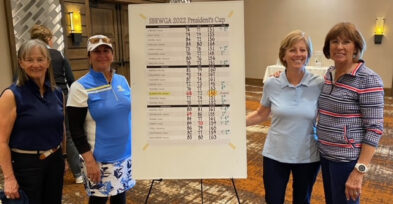 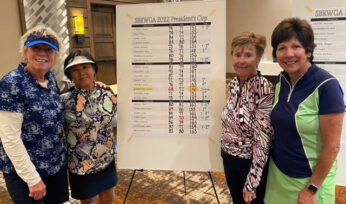 The SaddleBrooke Ranch Women’s Golf Association (SBRWGA) hosted the annual Presidents Cup Tournament on Feb. 28 and March 1. More than 40 members competed in the two-day tournament, which is also the first State Medallion tournament of the year. The competition in each flight was tight with many of the flights having at least one tie. After two days of golf, Sterlyn Robertson was crowned the champion. Sterlyn posted a net score of four under par. Congratulations Sterlyn! She received a $75 Robson gift card along with having her name engraved on the award plaque that is housed in the pro shop.

The six flights of the tournament coincided with the first six presidents of the United States. In the Washington flight, Mary Snowden came out on top, finishing four strokes over par. Barb Simms, Diana Walton, and Karen Jordan all tied for second place.

In the Madison flight, Susan Ness and Beth Chamberlin had identical net scores over both days of the tournament and tied for first. They finished the tournament one under par. Lorraine Smith came in third, with Mary Fung coming in fourth.

The ladies enjoyed a nice lunch in the Sol Ballroom where the awards were presented by Mike Jahaske and Ken Steinke. Mary Hoover, Judy Callahan, Laura Gilchrist, and Kathi Dyer collected the closest-to-the-pin awards.

The ladies also took time on Tuesday, March 1, to prepare a quick video singing “Happy Birthday” to send to Dr. Ed, who turned 100 that day.

The next major tournament for the SBRWGA is the member-guest tournament, which is held at the end of April.